For those of you who don’t know who Todd McFarlane is; He worked for Marvel and Epic Comics, he is the creator of the comic character Spawn, one of the founders of Image Comics, continues to be a top talents in the comic industry, founder of McFarlane Toys one of the largest and most renowned toy manufacturers, and balances all of that with family life too! Anyone else already likes this guy?!

Below is a post from Todd’s facebook of how he used his rejection and turned it into his motivation.

I GOT REJECTED 350 TIMES! AND I HAVE THE LETTERS TO PROVE IT!!!
Here’s how I used them for motivation…not depression. 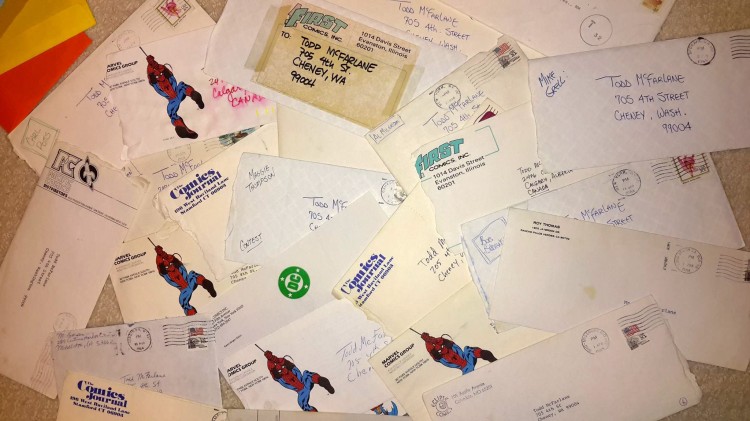 I am posting 3 photos today. The first is a small sampling of some of the rejection letters I would receive from the various companies and people/editors. As you can see there is a range of different companies I sent them to, so nearly all of the corporations printing comics, I would send samples to.

What I would do is draw some pages of different comic characters (about 6 to 18 in each batch). Then I would make about 20 copies of those pages and send them to twenty editors in the business (some of the editors could be working at the same company). 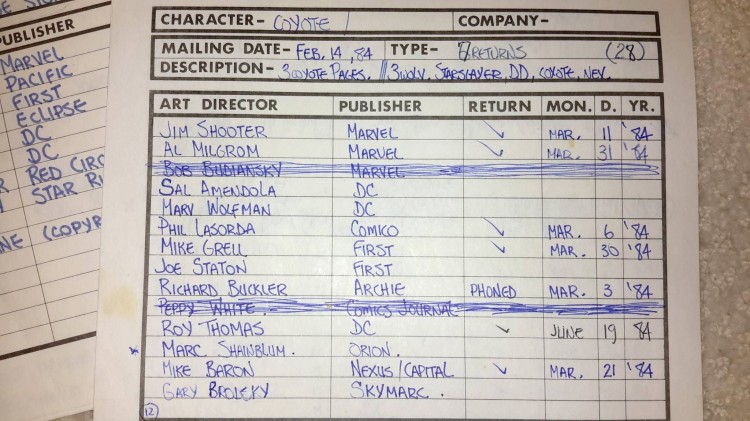 In the second photo, you will see the little chart I made (in one of my college classes. I actually printed them, since there were no laptops or excel programs back then). I listed all the people I sent packages to and then kept track of any responses.

In the third photo you will be able to read one of the ‘rejections’. This particular one came from the head of Marvel Comics, Jim Shooter. I was always flattered when anyone would take the time to look at what I had sent them and would then lick a stamp and send a return note. It is kind of funny that the Marvel envelopes and letterhead had Spider-Man on them, because in a few short years after getting some of these rejections I would actually be drawing the Spidey comic itself.

The positive in getting these letters from editors was that generally they had constructive criticism notes in them (I will show you some of those from time to time). So I was able to take those suggestions and apply them to my next batch of samples. I repeated that method over and over again for about three years until I final caught my break. Sometimes they would even call me on the phone! That was awesome!!!

As I’ve said, it took about 700 sample submissions and about 350 rejection letters before someone finally said “Enough already, Todd. We’ll give you a job!” I think I wore them down with all my submissions.

And the rest, as they say, is history. Been doing comics for nearly 30 years now (having done Batman, Spawn, Hulk, etc). So don’t get discouraged if you don’t get what you want out of life on your very first try. Sometimes it makes you stronger mentally to have to ‘earn’ your way to whatever goal you set for yourself.